Artefacts from Blarney in the National Museum

ARTEFACTS from BLARNEY and DISTRICT in the NATIONAL MUSEUM, KILDARE STREET, DUBLIN

Among the magnificent collections of materials in our museums from the long centuries of human occupation of this island, Blarney and its environs has, in the National Museum of Ireland, at least four identifiable manufactured examples.   Within these four items, the human’s abilities to produce artefacts have varied from the artistic treasure that is the Shrine of St. Lactin’s Arm from Donoughmore to the more prosaic spindle whorl of a spinning wheel from Matehy Parish and then to the more warlike examples of a Neolithic polished axe head from Whitechurch and a bronze spearhead from Garrycloyne Parish.

THE SHRINE OF ST. LACHTIN’S ARM FROM DONOUGHMORE

One of the many fine examples of metalwork/religious craftsmanship of the Middle Ages in the Museum is the Shrine of St. Lachtin’s Arm.   It was designed and manufactured in the shape of a human arm with a closed fist, and dated to between 1118 and 1121 from inscriptions on the Shrine, some of which are now worn and partly illegible.   It consists of a wooden core, hollowed out to receive the Saint’s Relic, which was a portion of his arm bone and which no longer survives.   The wood has a covering of bronze with finely worked metal bands and strips, with inscriptions asking for prayers for the commissioners and, possibly, the craftsmen.   It also contains a number of small round blue pieces of glass, imitative of gems.   Its overall height is 394 mm (15.5 inches).

St. Lachtin was born in 526, was a native of Muskerry and was descended from the royal family of Conaire II, King of Ireland in the second century.   He died in 622, according to the Four Masters, and his Feast was celebrated in the Irish Church on March, 19th.

O’Floinn notes that the Crusades were responsible for bringing back relics and reliquaries from the eastern Church.   One of these new types was the arm reliquary and St Lachtin’s Arm is unique in that it depicts a closed fist, as opposed to a hand with fingers raised in blessing, and is closer to contemporary Byzantine than to western European examples.   Other arm reliquaries are known to have existed at Lorrha, Co Tipperary, and Clonmacnoise, Co Offaly, as late as the seventeenth century.   The only other extant Irish example is the fifteenth-century Shrine of St Patrick’s Hand, now in the Ulster Museum, Belfast.

The people mentioned, with requests for prayers, on the Irish inscriptions appear to be Maelseachnaill O’Callaghan, chief king of the Ua Echach Mumhain, who caused the reliquary to be made and who died, according to the Annals of the Four Masters, in 1121.   The second is Cormac, son of MacCarthy, next heir of Munster, who built the architectural masterpiece, Cormac’s Chapel, on the Rock of Cashel.   The third is Tadhg, son of MacCarthy and brother of Cormac, while the fourth is Diarmait, son of Derisc and comharb of (possibly) Lachtin.

In Smith’s History of Cork, mention is made of a reliquary called the Arm of St. Lachteen, which was preserved in his time at Donaghmore by the Roman Catholic priest of the parish.   The people used to swear on it on solemn occasions, and Smith claims that it was removed about 1700 by the Roman Catholic Bishop of Cloyne, who probably found that a superstitious abuse of it had grown up.

The author of the book, ‘The Healy Story’, claims that the O’Healy clan were the caretakers of the Shrine ‘off and on….for hundreds of years’ and that it was kept in the Parish Church of Donaghmore as a holy relic.   It also spent long periods in Cill Lachtin, which was the ancient name of Kilnamartra in West Muskerry, where the Saint had also built a church.   He maintains that the O’Healy guardian of the Shrine was tricked by the (Protestant?) Bishop Synge of Cloyne in the mid-1600s into lending him the Shrine for examination.   It was taken immediately to England, probably by Bishop Synge himself, and passed into the hands of Sir Anthony Fontaine (or Fountaine) of Narford Hall in Norfolk, where it remained for the next 200 years.

It was exhibited to the Society of Antiquaries in London by Sir Andrew Fountaine in 1829 and appeared in an engraving in vol vi, plate 19 of the Vetusta Monumenta, published earlier by the above Society.   It was in the possession of Andrew Fountaine, Esq., of Narford Hall, near Swaffham, Norfolk in 1853 and was exhibited by a Mr. Nesbitt to a Meeting of the Archaeological Institute on May 6th, 1853 with Mr. Fountaine’s ‘obliging permission’ and then by Dr. J H Todd, as ‘a reliquary of exquisite workmanship’ to the Royal Irish Academy at its Meeting of June 13th, 1853.   It had been made available to Dr. Todd through the influence of Lord Talbot de Malahide, by whom it was borrowed from the owner.

An artist, George Holmes, describing his travels from Killarney to Cork in 1797 wrote that, on approaching the end of his journey, ‘to the west, the hills of Muskery lift their dark summits, and lend their assistance to this dreary scene, conveying the appearance of a boundless rocky desert.   On the borders, near the road side, is Donaghmore, the patron saint of which was named Lachteen, and some years ago, a brazen hand was kept here as a holy relick, by which the people swore upon solemn occasions, but it was removed, very properly, by the order of one of the Roman Catholic bishops of Cloyne.   Passing Blarney castle, five miles brought us to Cork, fatigued to death, and happy to rest our wearied limbs’.

It is hard to find agreement between the different accounts of the Shrine’s departure from Donoughmore and by whom it was removed.   However, it seems to have been taken between 1639 and 1700. Healy suggests post-1639 and that it remained with the Fountaines for 200 years. It was purchased from them in 1884 and this would indicate 1684 as the year, but 200 may be just a round figure, while Smith says about 1700.   Equally, there is disagreement among the various authors as to who removed it.   Smith  and Holmes agree on a Catholic Bishop of Cloyne, while Healy seems to suggest a state-appointed (Protestant?) Bishop of Cloyne. 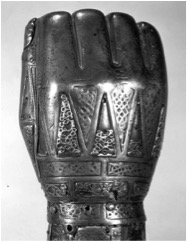 The Shrine was purchased by the British Government on the insistence of Lord Powerscourt, MP, in 1884 ‘at the moderate price, for an object of such rarity, of 410 guineas’ and presented to the Royal Irish Academy in Dublin.   Whatever the fine details of its removal from Donoughmore, it made a short return for the dedication of its new Parish Church in Stuake.   The original church on that site had been a thatched building until 1832 when a more permanent replacement was completed by the Rev. Cornelius Buckley,   His remains are interred within the new Church, which replaced the 1832 Church, following its demolition in 1999.   The Shrine is now on public display in the National Museum.

This relic of spinning in the home was found locally several years before its presentation to the National Museum by David O’Leary of Chloghroe, Blarney on the 5th of August, 1931.

It is made of sandstone and, as would be expected, has a hole through its center.   It was used in spinning as a small fly wheel or pulley on the spindle to steady its motion.   Fig. 2 shows a plan and section of this relatively simple but very important item in a typical spinning wheel. 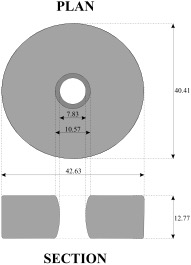 Fig. 2  – Plan of, and section through, spindle whorl from Matehy Parish.

This axe-head was found in shell marl under a bog at New Grove, Whitechurch, in 1893 by John Ambrose and has been dated to Neolithic times.   It was acquired by Robert Day, a famous Cork collector and antiquary, for his comprehensive Museum of antiquities, dating from the stone-age to the ‘recent past’ (pre 1914).   Fig. 3 is a plan and side elevation of the axe-head and shows some slight damage to the cutting edge.   Guy’s Directory of Cork in 1893 listed a John Ambrose, a farmer of New Grove, Whitechurch and the Ambrose name still exists in this area.

Robert Day, FSA, MRIA, JP, born in 1836, was married to Rebecca Scott in 1857 by Rev. John Lee in St. Anne Shandon and they had four sons and four daughters.   He was elected as the second President of the Cork Historical and Archaeological Society on the 20th of March, 1894, replacing the first President, Most Rev. Dr. Sheehan, Bishop of Waterford and Lismore, when the latter retired from the office.   He continued as President until his death, aged 78, on the 10th of July in 1914 at his residence, Myrtle Hill House, in Cork.   His wife, Rebecca, died on the 24th of August, 1914, aged 77, and both are buried in Carrigrohane Cemetery. 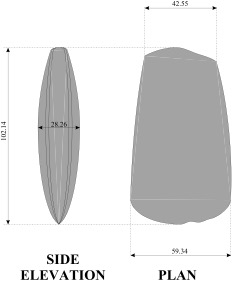 Fig. 3   –   Plan and side elevation of a Neolithic stone axe head from New Grove, Whitechurch Parish. (dimensions are in mm)

This socketed, pegged bronze spearhead was found in 1852 in the parish of Garrycloyne.   Its blade has bevelled edges and may have a slight trace of ornament.   The socket is oval and does not penetrate into the blade, and has two rivet holes opposite each other and casting seams on the sides.   There is triple groove ornamentation around the mouth of the socket.

It was purchased from the Trustees of the Salisbury and Wiltshire Museum in England by the National Museum as part of a collection of Irish Artefacts in 1968 and no further provenance is available.   Fig. 4 is an elevation and top view of the spearhead and shows some damage to the spear point.

The Shrine of St. Lachtin’s Arm is on display with many other artistic treasures in the National Museum and has made various trips abroad for prestigious exhibitions.   The three other artefacts do not form part of the Museum’s public display at this time but are part of the Museum’s large stock of back-up research material.

The author wishes to express his appreciation of the permission to write this article and of the assistance he received from the Director and Staff of the National Museum in Kildare Street, Dublin.   He also thanks the Museum for providing photographs of the Shrine of Saint Lachtin’s Arm and allowing the other artifacts to be measured and drawn.   He thanks Mr. John Barrett, his former colleague in the Process and Chemical Engineering Department, U.C.C., for help with computer graphics and the staff of floor Q-1 in the Library, U.C.C. for their courtesy and assistance.