The accommodating hall, erected by the Blarney Total Abstinence Athletic Club was formally declared open at three o’clock, yesterday by Lady Colthurst. The building is located adjacent to the village and prettily situated. It measures forty feet by thirty and contains a dressing-room in addition to the hall proper. The site was generously provided by Sir George Colthurst, free of cost. The structure is an imposing one, but a modest building of corrugated iron, laid on a concrete foundation at a total cost of £220. The members are to be heartily congratulated on the earnest enthusiasm that made such a thing possible. In parishes and villages, the pioneers of patriotic movement are always hampered and very often dis-heartened owing to the want of a centre where and their associates can meet. But such halls make for something greater still. They permit of social gatherings and keep the members together to ensure permanency in their work. So important a self-evident proposition that the opening of the temperance hall in Blarney yesterday was the beginning of a new era in the life of the village. There was a large and representative gathering at the interesting little ceremony and in conjunction with the events, a bazaar and fancy fete, which continues today when it will be opened at 1 p.m. by Mrs. F.W. Mahony. In this way, it is sought to amass funds to clear off a small debt which still remains and there is no doubt, judging by the persistency and gentle persuasion exercised by the fair stall-holders, that it will prove a happy medium. 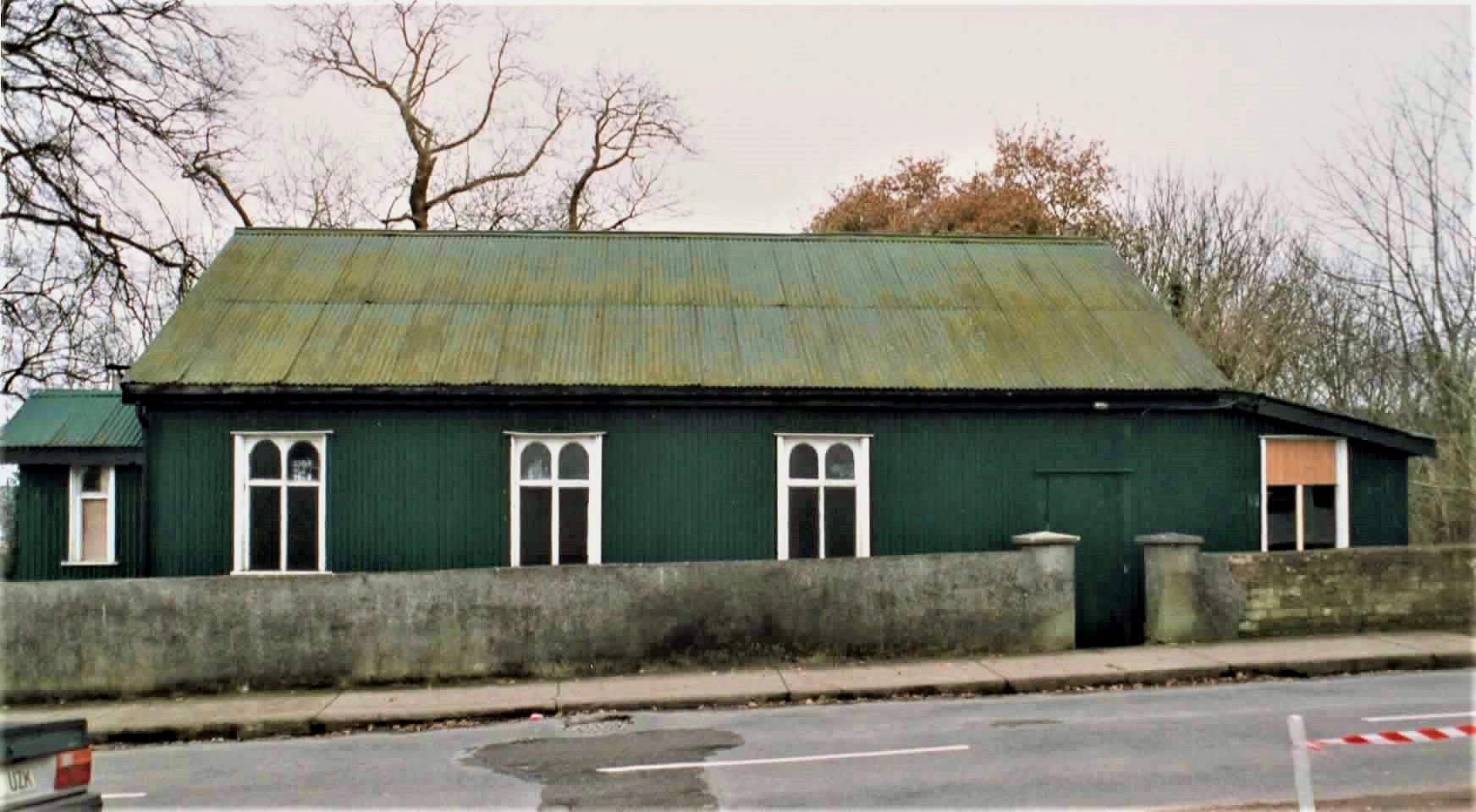 At the opening ceremony: Rev. Dr. Dineen, C.C., who presided, said it gave him great pleasure to be associated with them all that day. The kind Lady was to declare formally the hall open and needs no word of introduction to them (applause). The history of that hall was a story of generosity and grit – generosity on the part of close friends and well-wishers, and in the former ranks of its benefactors was Sir George and Lady Colthurst (applause). Then there was on the part of the committee of the Blarney Total Abstinence Club (hear, hear), of which he was the figure-head, but he regretted as only, a sleeping partner, and of which Mr. David Ross had been the pace-maker from start to finish. The hall had cost £220 and they hoped that at the end of the Bazaar, it would be clear of debt, and that they would have a few three-penny-pieces left to play with (hear, hear). That was a result that they could all be proud of. Before concluding he would like to mention a name which was associated with bazaars and every charitable work in the entire county. That very lady had come here that day to start their barque floating in the water, and he had great pleasure in calling on Lady Colthurst to formally declare the Bazaar and Hall open (applause).

Lady Colthurst, who was cordially received, said she had great pleasure in declaring the Bazaar and Hall open. She hoped that they would spend many a happy evening there, as it was indeed a most comfortable hall and she wished it a very prosperous future, and hoped that the bazaar would bring in the amount still due, and a little more (applause). Sir George Colthurst said that on behalf of Lady Colthurst, he would like to express the feeling she had with regard to the committee as mentioned by Fr. Dineen. He mentioned when the matter was first brought before him, he thought it was almost impossible, but the earnestness and determination of the committee brought them over all their difficulties which ended in the erection of that fine hall. He was also glad to see so many young people introduced to the temperance movement which now has many supporters in Blarney (hear, hear). Lady Colthurst and himself wished them many happy evenings and many happy gatherings, and he was certain that many happy events would come out of the meetings which they now have ahead (laughter and applause).

Rev. Mr. Mountiford proposed a vote of thanks to Lady Colthurst for having declared the hall open. As they knew, she was only glad to help in the welfare and happiness of the people of Blarney (hear, hear). Mr. T. Smith seconded, and said that Lady Colthurst’s name was known in connection with every good work in the county and city and it was no strange thing that she agreed to open this Hall for the people of Blarney (hear, hear). Sir George Colthurst, having suitably replied for Lady Colthurst, Mr. David Ross’s young daughter presented Lady Colthurst with a beautiful bouquet and the proceedings closed.

Cork Examiner Friday May 2nd 1913 The Blarney Fete -Temperance Cause
The Blarney Fete in aid of the new Temperance Hall was brought to a successful conclusion yesterday. The new hall reflects great credit on the energetic temperance committee. The proceedings were opened yesterday by Mrs. F.W. Mahony, who said it gave her great pleasure to be of service to the committee, and she was sure in-numerable benefits would be bestowed on the parish, since it had started and worked so hard for the sacred cause of total abstinence (applause). Rev. Dr. Dineen, C.C., presided and introduced a little girl of tender years, who presented Mrs. Mahony with a beautiful bouquet. The ceremony was brought to a conclusion by passing a vote of thanks to Mrs. Mahony, which was proposed by Mr. Ross, and seconded by Mr. Haigh.

Through-out the day large crowds visited the bazaar, and enjoyed themselves thoroughly with the various amusements. The ladies and gentlemen connected with the bazaar worked indefatigably to make the function the great success it undoubtedly was, while the enjoyment of the evening was further added to by a very nice musical selection excellently
rendered by the string orchestra of the Dun. A special word of praise is due to Mr. Ross, J.P., who spared no efforts to see that everything was properly attended to.

The awards in connection with the cake-making competition were as follows: –

On The Day
The opening of the new Hall must have caused great interest to draw such big crowds because the weather report for 2nd May 1913 was not very conducive to going out. The day began bright and warm but soon, foreboding black rain clouds began to gather and heavy showers fell in the late morning and especially between one and two o’clock, thunderous downpours at very short intervals was the norm. After lunch-time, enormous heavy peals of thunder and vivid flashes of lightning accompanied the rain storm which passed slowly over the southern part of the country.

When the weather allowed, motor car excursions costing a couple of pence per passenger, took place from the hall via the Hedge Road, a trip around Blarney village and returning to the T.A. Hall. Cars were relatively rare in the area at the time and a trip in one was classed as an exciting experience. The 11.10 p.m. Great southern and Western Railway main-line train stopped both nights at Blarney specially to pick up visitors returning to Cork city while the Cork and Muskerry Light Railway issued return tickets for a single fare price on the Muskerry Tram for those coming to the Bazaar.

Blarney T.A. Hall Gutted by Fire
On the night of Wednesday 16th June 2004, a fire started to a Porto-cabin attached to the rear of the hall and quickly spread inside the building causing immense damage. 3 fire-tenders plus squad cars attended. The remains of the hall caught fire a further number of times during the first six months of 2005, becoming a safety hazard and not a very pleasant sight anymore. It was finally completely demolished and removed on Friday 26th August 2005 by Loftus Demolition. What had once been a vibrant and very important part in the social life of Blarney Village was no more.

A limited number of ‘Old Blarney’ Journal back issues are still available by contacting 087 2153216, or www.blarneyhistory.ie. Please keep checking the Web-site for up-to-date information.